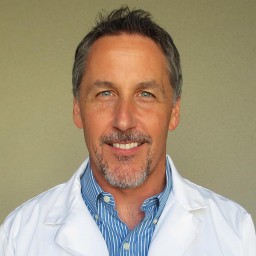 Sallie Ann is Jarrett is a civil war hero with four paws and is one of the most famous dogs in American history. She was a bull terrier with a brindle coat, born in 1861 and was given by a civilian to the Captain of Company 1 of the Eleventh Regiment of Pennsylvania Volunteers when she was a just a pup.

The company immediately decided that she would be their official mascot and named her in honor of two people that influenced them – a pretty young lady who visited them from time to time to chat and their colonel, Phaon Jarrett.

Sallie Ann soon became accustomed to her new life and her new friends. She eventually learned the drills with the recruits and became a legend as a member of the Union Army in the Civil War. Eventually, she learned to take her place at the head of the regiment alongside the commander. When her regiment was shipped to the south in April 1862, they took their one-year-old mascot with them.

Sallie was loyal and brave. She would never touch the rations of the men unless given to her. This amazing dog would guard sacks of meat or stand by while fresh beef was being served and never touch it for she knew that the men will never let her suffer. She would patiently wait until they fed her.

Sallie experienced her first combat of the Civil War at Cedar Mountain. She faithfully stayed with the men during the battle. Incredibly, she did not panic under enemy fire. She encouraged the men by grabbing at the bullets as they struck the dirt.

Sallie became pregnant five times during her career but each time, she never abandoned her duties, only nursing her pups after drills or marches. When the puppies grew, the men sent them to loving families while Sallie remained in the field.

I visited Gettysburg recently and came across Sallie’s statue at the foot of a memorial to the 11th Pennsylvania regiment. The story of Sallie in the Battle of Gettysburg was one that I’ll never forget.

Early on in the battle, the Rebel Army had the Union on it’s heels and the 11th Pennsylvania Regiment suffered a large number of losses. They were forced to retreat through the town of Gettysburg, Pennsylvania.

Sallie was thought to have been killed in battle but she was found several days later in a location where a portion of the battle had taken place. She stayed with her injured and deceased comrades, watching over their bodies and licking their wounds.

In February 1865, Sallie was killed in combat when she was struck by a bullet that went to her brain. Her comrades buried her on the spot, foregoing their weapons even amidst murderous gunfire.

In 1890, when the veterans of her regiment erected their monument at Gettysburg, a life-size bronze statue of Sallie was included. It was placed on a granite pedestal in a place of honor in front of the monument.